Skip to content
HomeBitcoin – the evolution of a digital currency 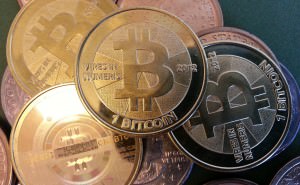 Bitcoin, the most popular digital currency, emerged from a 2009 paper written by a programmer or group of programmers under the name Satoshi Nakamoto.  Satoshi left the project in late 2010 without revealing much about himself. The community has since grown exponentially with many developers working on Bitcoin. The Bitcoin network uses a public ledger to record transactions made under pseudonyms, a technological breakthrough that allows purchases and sales without using a trusted third party, such as Visa Inc. or Western Union Co.
Since Bitcoin is open, no company, country, or third party is in control of it, and anyone can participate.   It is the first decentralized peer-to-peer payment network that is powered by its users with no central authority or middlemen.

How does Bitcoin work?

Since bitcoin is like electronic cash, most purchases take place online. It’s also possible to send and receive bitcoin in person at retail shops, or anywhere else where bitcoin is accepted.

Behind the scenes, the Bitcoin network is sharing a public ledger called the “block chain”. The blockchain, which tracks who owns what, similar to how a bank tracks assets. The authenticity of each transaction is protected by digital signatures corresponding to the sending addresses, allowing all users to have full control over sending bitcoins from their own Bitcoin addresses. In addition, anyone can process transactions using the computing power of specialized hardware and earn a reward in bitcoins for this service. This is often called “mining“.

How does one acquire bitcoins?

While a growing cadre of retailers are beginning to accept Bitcoin, recent events have underscored concerns about the viability of the currency. The governments of India, China and Russia have sought to ban or limit its use, and the Mt. Gox exchange filed for bankruptcy protection in February, 2014.

A lot of people believe that Bitcoin’s full potential hasn’t been realized yet. Aside from making relatively fast peer-to-peer transactions, there’s no good case for using Bitcoin over traditional currency for most consumers. Plus, there still isn’t a wide array of merchants that accept it. What’s more, Price volatility is another major barrier to getting consumers on board.

That might not change anytime soon. At the moment Bitcoin is mostly in the hands of speculators and investors, and they’re playing the market like traders, which drives more volatility.  The following illustrates the volatility and Bitcoin prices since its inception.

There are clearly still a lot of concerns with the validity of Bitcoin and potential mainstream adoption of the currency, however, this Author is long Bitcoin and sees the disruptive way that it could potentially change our day to day lives.  At the very least, my opinion on the asset, is congruent with some respectable, credible early adopters.

To be clear, nothing here is a recommendation to buy or sell the security, its just my opinion on it.